TOP ENTRY BALL VALVE is mainly used in pipeline and industry system and it has a top entry and on line maintenance function.

It has a lot of advantages,such as small fluid resistance,simple structure,small volume,light weight,reliable saaling,convenience for operation and maintenance,open and close quickly,as well as start and close flexibly.
One piece body is used for the body to guarantee sufficient strength and rigidity under maximum rated operating pressure.The internal parts of valve are carefully designed and selected to ensure reliability under all kinds of operating condition.Enough margin wall thckness and adaptation of high strength connective bolts are convenient for valve maitenance and sufficiency to support the stress from piping.
Top entry
Its most difference from common ball valve is that its maintenance can be made on pipe line and without dismounting from the pipe line.The back space seat structure is adopted for the seat and the rear portion of seat retainer is oblique angle to prevent accumulation of impurity from affecting back space of seat.
Low operation torque
Top entry series ball valve has a trunnion mounted ball,whose surface is ground,polished and hard face treated.The ball and stem is integrated,sliding bearing is installed on the external bore so that the friction radius is small and operation torque is very low.
Emergency sealing
Compound injection holes are designed and compound injection valves are installed at locations of stem/cap and body support of side valve.When sealing of stem or seat is damaged to induce leakage,the compound can be used to do the second time sealing.A concealed check valve is installed in side of each compound injection valve to prevent compound from out flowing due to the action of transmitter substance.The top of the compound injection valve is the connector for fast connection with compound injection gun.
Reliable sealing
The seat sealing is formed by seat sealing and metal retainer component.The seat retainer floats axially and low pressure sealing of valve seat is reached by pre-pressure of spring.In addition,the piston effect of valve seat is designed reasonably,which realized high pressure sealing by the pressure of operating medium and realize the interception of retainer to form the sealing of the body.The expansion graphite ring is designed to realize sealing under fire condition.
Double block&bleed(DBB)
When ball is full open or close position,the transmitter substance in center cavity of body can be released by drainage and emptying devices.In addition,the over loaded pressure in the center cavity of valve can be released to low pressure end by self relief seat.
Anti-static and fire safe design
The fire prevention design of valve meets the requirement in API6FA/API607 standard and the design of the anti-static conforms to regulations in API6D and BS5351.
Extension stem
For the underground installed valve,the stem can be lengthened and for the convenience of operation the corresponding compound injection nozzle and drainage valve can be extended to the top of valve.
Various driving types
The top pad of valve designed according to ISO 5211,which is convenient for connection and exchange of various drivers.The common driving types are manual,electrical,pneumatic and pneumatic/hydraulic. 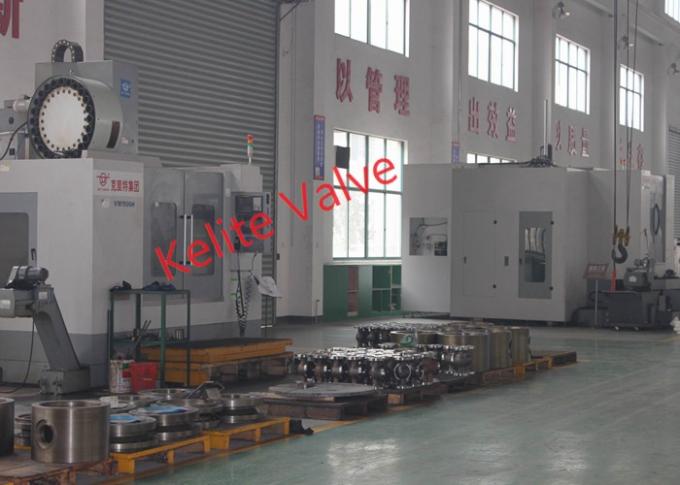